In the span of five months, Julia Hansen lost her two best friends to suicide.

The deaths were crushing for Hansen and for Waynflete School, where her friends, Beata Vest, 17, and Payton Sullivan, 16, were students. The small private school was devastated by the two suicides during the same school year.

In the aftermath of her friends’ deaths, Hansen felt she had to do something to shed light on the mental health problems that beset many teens, including her. Like so many uncomfortable topics, people shy away from talking about depression and mental illness, or offering help to people who are struggling. But keeping problems behind closed doors only makes them worse, said Hansen, a 16-year-old from Falmouth who attends Casco Bay High School. 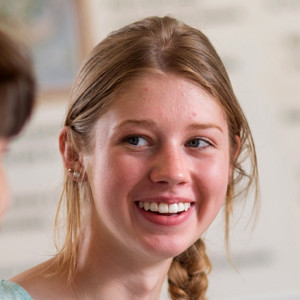 “People don’t want to talk about it,” she said. “It is such a silent epidemic.”

For the last six months, Hansen has been working on the Yellow Tulip Project. Her goal is to plant hope gardens at schools and other spots around the Greater Portland area. In coming up with the idea, she decided to combine Payton’s favorite color, yellow, and Beata’s favorite flower, the tulip, as a memorial to her friends.

“Even in the darkest and coldest place, hope really does happen,” Hansen said at a ceremony to unveil the first garden at Lincoln Park Monday, which was World Mental Health Day.

“The world can be so ugly and so dark, but you need to find the little beauties every day and hold onto them.” 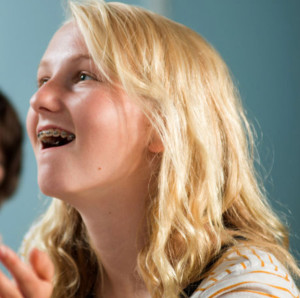 More than two dozen students, parents and supporters joined her at the ceremony, crowding around to push tulip bulbs into two freshly-dug plots on the park’s west side. The Lincoln Park garden is the city’s first, but Hansen intends to plant more.

Too often people avoid talking about mental illness, and people who are struggling with depression don’t talk about their problems or ask for help because it is so stigmatized, Hansen said. She said she dealt with her own inner demons and went through a period of self-harm before getting help.

Suicide is the third leading cause of death in young people between the ages of 10 and 24, resulting in about 4,600 deaths a year, according to the U.S. Centers for Disease Control and Prevention. In a nationwide CDC survey, 16 percent of students in grades 9-12 reported seriously considering killing themselves, and every year about 157,000 youths receive care for self-inflicted injuries at U.S. emergency departments.

In Maine, the number of suicides among 15- to 24-year-olds has increased, from 17 in 2008 to 30 in 2014, according to data from the federal CDC. Maine has the nation’s 10th highest suicide frequency rate among that age group.

Considering the severity of the problem, it is disappointing to see it ignored, Hansen said. After her friends died, Hansen visited high schools around Portland to see if information about mental illness hot lines was prominently displayed. Although there was lots of information about sexual assault, only one school had mental health numbers displayed, and a student at that school had recently committed suicide, Hansen said.

She believes that if more people had been willing to talk about mental illness, it might have helped her friends before they took their lives.

“They had reached a place of complete hopelessness and helplessness,” she said.

After the girls’ deaths, in October 2015 and March this year, Waynflete officials were lauded for the candid but sensitive way they responded to the suicides, some seeing the openness as a sign of changing attitudes toward mental illness and a willingness to speak about it. School officials wrote on the school website of their sorrow for the girls’ deaths, acknowledging the impact on the school community and remembering the girls’ lives. In May, Waynflete students joined students from Falmouth and Greely high schools for a day of play at Waynflete’s campus in Portland to raise money for suicide awareness efforts – and to set aside academic pressures and stress.

Although the conversation is shifting, talking about mental health still makes many people uncomfortable, said Amy Ouellette, suicide prevention coordinator for the Maine chapter of the National Alliance for Mental Illness.

“People just don’t want to talk about this stuff, anything that makes you feel different makes you vulnerable,” Ouellette said.

But the number of young people at the park Monday was a good sign things could be changing for the better.

“This didn’t happen when I was in high school.” Ouellette said.

“It gives me real hope there are so many young folks that are talking about depression and suicide. That will make a difference in the future.”